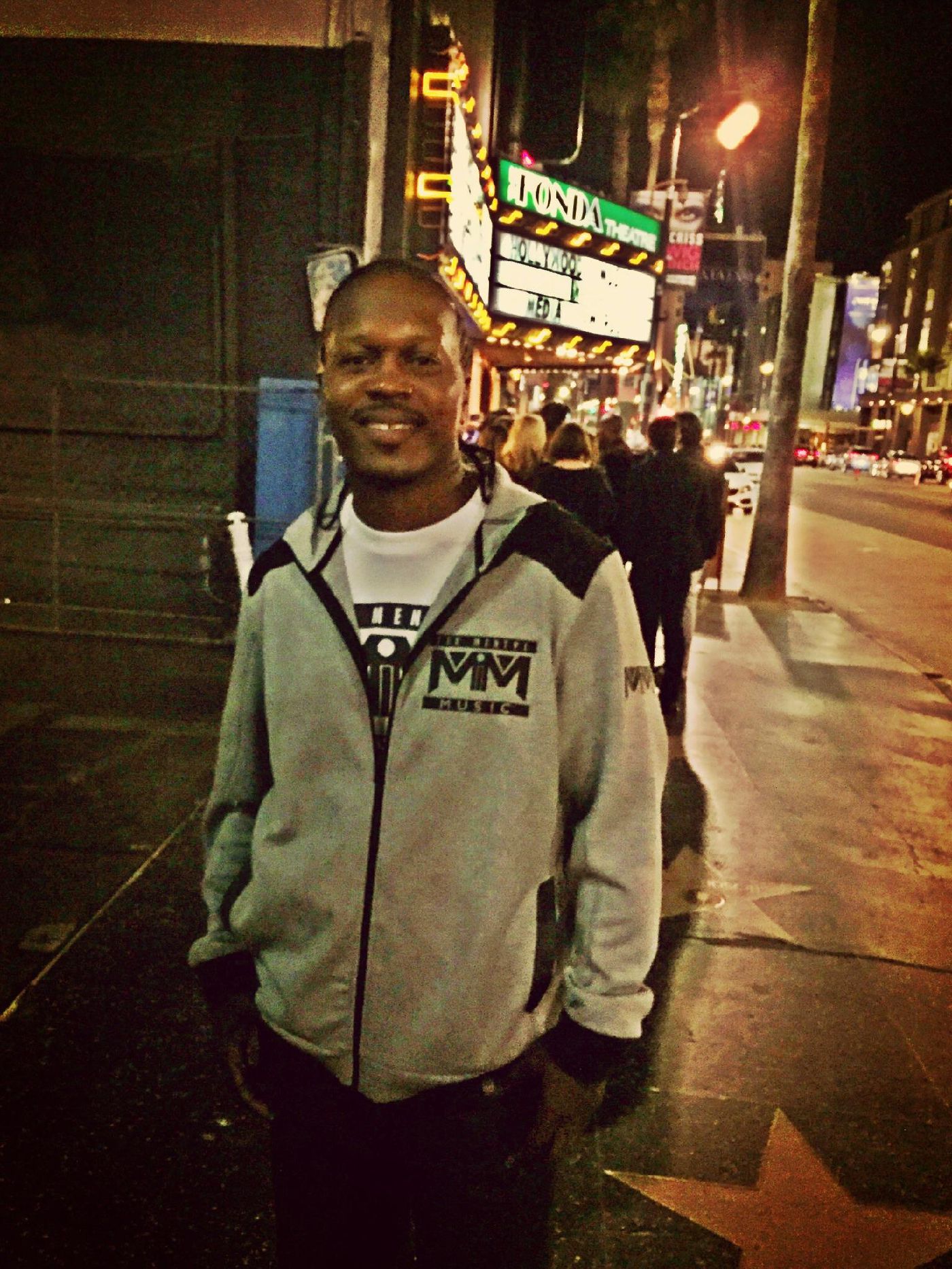 "Groundbreaking hip hop artist who uses an original style to create “life” music that engages a larger spectrum of listeners who can relate to the lyrics of today, tomorrow and beyond."

Born as Tyrone Brown, the stage name (IT'S MENTAL) CEO and artist of IT'S MENTAL MUSIC, has successfully captured the attention of not only the streets with his unique sound, but also the interest of many music moguls. Born in Brunswick, GA, but raised in San Diego, CA, aka Daygo, is where this brilliant musician began his destiny. He also established himself even more as diverse musician by moving to Philadelphia to attend Temple University, and afterwards moved to Kansas City where he then recorded two legendary albums. This well balanced structure of wisdom and an ear for music everywhere labels IT'S MENTAL as an aggressive business strategist with enormous recognizable accreditation.

Learn how to place music on itunes at ReverbNation.com

From 2000 to 2006, IT'S MENTAL was in Kansas City bettering his chances of establishing the branding of his company IMM and to capture the stardom. While there, he was part of the group known as G.A.S (God's Anointed Soldiers), in which he opened up for industry musicians such as GREEN DAY. His music is Christian based with a rebel twist inspired by artists like BOB MARLEY and ICE CUBE. With a reign over several years, IT'S MENTAL compiled multiple Cd’s, growing him a loyal fan base. He reached another new level in his musical career with his accomplishment of the nomination for the Hollywood Music and Media Awards (HMMA) for his song "My Success?" from his 3rd album 'Changes Self Realization." This was IT'S MENTAL’S 2nd nomination associated with Hollywood. He was also nominated for the Artist On The Verge Top 100.

IT'S MENTAL has currently completed his 4th album “One Life to Live”. Undoubtedly, his charismatic influence demonstrates his growth as an artist, and also a corporate thinking phenomenon. One big accomplishment he has received thus far is winning Best HipHop/Rap Album from The Akademia in 2015. Along with winning best album, IT'S MENTAL was invited to attend the Akademia Music Awards Gala in April 2016. This was a huge honor which allowed IT'S MENTAL to walk the red carpet, meet the executives of Akademia and network with fellow musicians and artists. IT'S MENTAL has opened doors to new ventures that will be taking place in 2016. Stay tuned for more updates. 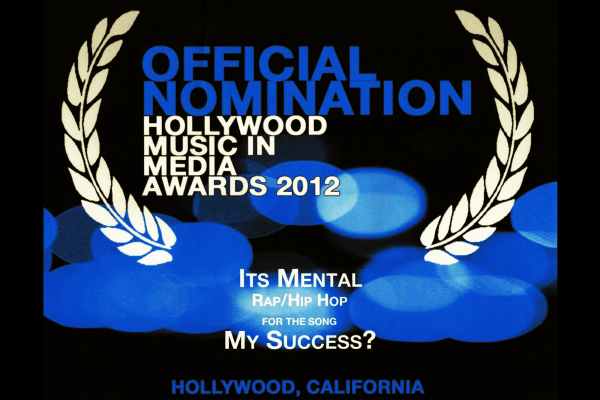 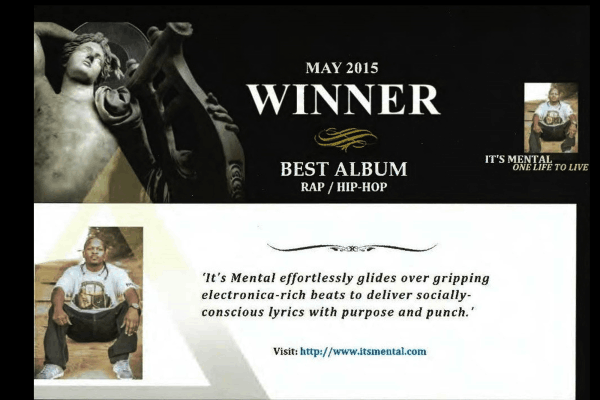 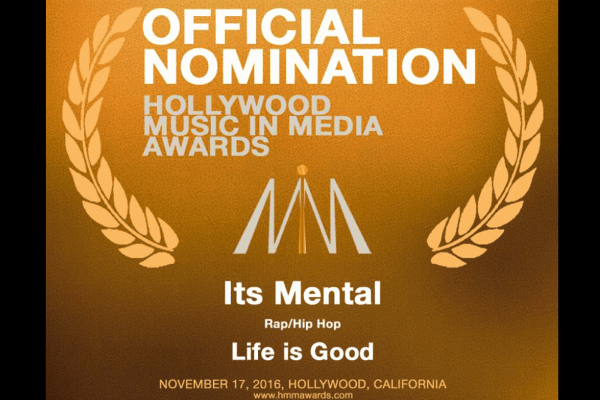